What a difference a day makes

A view from our lobby window.  I absolutely LOVE The Hague.  Next time Joe and I go, we’ll stay at the beach.

I had a meltdown yesterday outside a clinic during a snow/rain storm, which really wasn’t a smart idea — who cries in the freezing rain?!  This morning I woke to a sunny morning: walked the dog, then snuggled up with my favorite blankie and a cup of coffee on my favorite chair, and just inhaled the peace and quiet.  I am once again happy to be alive and where I am in the world, but yesterday morning not so much.

Last week was one wave after another of highs and lows.  Two teachers and I took 27 students to The Hague for its annual Model United Nations conference.  It is an amazing experience for students; a complete drain on their teachers (but worth it when you see how much good it has to give our young).  Basically each kid there has a role to play, and they do it for an entire week.  Most of our kids were mock UN delegates for Peru or Armenia, two of them were also ambassadors for each country.  We also had a chair and a press photographer. Our kids, who are already part of an international school setting (with primarily European and North American countries), got to work with kids from all over the globe including South Korea, Egypt, Oman, Zimbabwe, etc. etc.  One of our kids was ecstatic he got to co-write a resolution with a Netherlands princess, the future queen — how cool is that?  But, just as enlightening, was the ability to work with kids from countries where the threat of violence, starvation, humanity’s uglies are all too real (and in today’s uncertain times I guess that includes us all, but you know what I mean).

Go babies go!  Ambassadors from the countries and organizations they represented during the week.

I cannot tell you how much it fed my soul to see teenagers on crowded trams and busses or at corner cafes lobbying/debating/co-writing resolutions with other teens, some of whom they just met that day.  Like in the real world, their jobs did not end at 5 p.m.  These kids were coming up with solutions to real-world issues — if only they could take the reigns away from some of their adult counterparts, we might not be in the sticky wickets we are in today (let me have my pollyanna moment).

During closing ceremony speeches one boy stated that he got to work with a young man from a rival country.  He pointed to his committee teammate and said, “if war breaks out, I will not fight my brother.”  Moments prior I saw the breaking news flash on my phone about nuclear treaty breaks.

How is it that I live in a world where teenagers are the more mature ones?  And, I know it’s easier for them because they’re not in control of the real world.  It is just words and practice, but why can our politicians/leaders/whatevers not see each other as brothers and sisters and find a better way to resolve conflict?  I get it; life beats us up with real-world crap, but come on folks we can do this better.  We can model what we preach to our kids.

So, why the waves you ask?  Well, they are human teenagers and with that comes their drama (okay so maybe not so much different than adults), so we had a few mini crises to facilitate — none of which included drugs, alcohol or sex (thank God!).   And, then sadly we had a big tragedy that affected us all.  There was a death back  ‘home.’  We teachers had to quickly become stand ins for their parents and grief counsellors until we could bring them home (all the while working with parents, counsellors and admins via technology).  Families were told it was okay to come get their kids, but our students decided to finish off the week, so we all powered through, but it wasn’t easy.   We also had two sick kids and one sick teacher (me).

My breakdown at the clinic happened because I just needed some antibiotics but because I never made the time to register at the health clinic on base they cannot help me until Monday when they can put me into the system.  It’s totally my fault for not going there sooner.  I’ve been here a year and a half — hello? bitch, get your affairs in order.  I also could have gone to a local clinic (and friends offered to drive me), but I was so beat and the roads were tricky that I just didn’t have it in me.  Caving in to my inner drama queen:  I’d rather cry and be miserable, which is okay because Nurse Badger is keeping an eye on me — and honestly my thing is such a minor problem.

And, yes, my Christmas tree is still up.  I’ll finally take the time to put it all away next weekend.

It’s all good, I’ll get it taken care of tomorrow.  I’m still a very lucky woman because I do not get ill often, and when I do it’s nothing major.  I also had two friends come over last night to enjoy Indian take out and much-needed talk and laughter.  Life is good, even when it has its bad moments.  And, Good God, our young will one day take over and hopefully put us on a better path. 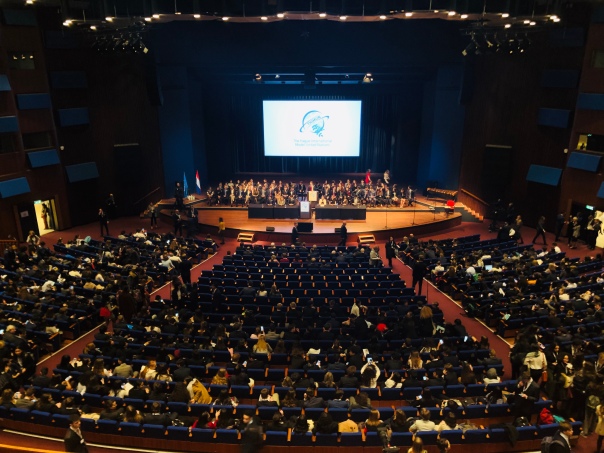 Tomorrow these will be their seats for reals!